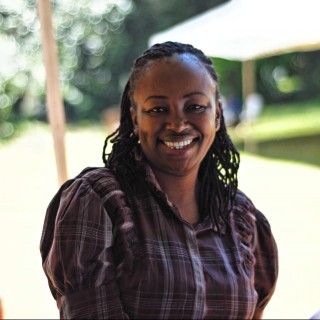 It has been a while since my last post. This year has been quite the roller coaster and I was definitely in for the ride of my life.  And what a ride it’s been!  I have made some huge decisions in the last few months, but looking back at the last decade of my life, every single thing that happened was building up to this exact moment. Have you ever felt like you were on the edge of a cliff? Unsure whether to let go, fearing what lies beneath; yet knowing that you could not hold on forever? Well, that’s been me for the last two years.  Petrified of change, but knowing that if I didn’t change something then I would go crazy.

The thing about your mind though, no matter how long you ignore what it’s trying to tell you, it will still find a way to get your attention.  Mine sure did and in a way that ensured I could no longer put up with the status quo. In my last couple of posts, I was in the process of trying to figure out heavy stuff with the help of a wise old man. Throughout the entire process I was still determined to maintain a façade of being in control. If you know anything about masks, then you know that eventually they slip off revealing the turmoil and trepidation beneath. The thing about crossroads and cliffs though is that the choice lies with you. You can choose to keep burying your head in the sand. Or you can choose to let go. You can choose the unknown. Being an adventurer of sorts, I chose door number two.  Or the Red Pill.  If you watched The Matrix then you will know what I mean.

Honestly at the beginning, it was terrifying to say the least. I had to face my real self and harsh truths that were not easy to stomach. Things I had lived in denial of came rushing to the fore and it was excruciating to deal with. With each wave I came close to caving, yearning for the deceptive bliss of masked ignorance. But like the proverbial genie out of the bottle, there was no recourse. I soon learnt that the less I fought, the more bearable my designated path became. Once the initial furor died away, I realized the grave price I would have to pay for my new level of self-awareness and identity.

I could now see with crystal clear comprehension, all the things that had held me back for so long, including my sometimes stereotypical societal expectations. And just like in The Matrix, the Neo in me clamored for urgent change both within and around me. Daring to go out on a limb I asked God in faith for a change to a place where I would be empowered to add value and actually enjoy my work while being recognized for my coaching and mentoring talent. Just to make it interesting, I asked him to do it before the end of the year. Long story short, I start at my new job in a week, with a whole month still to go in the year.  Also it’s a start-up company meaning I get a blank slate and a brand new paint brush.

As if that wasn’t huge enough, my sisters and I launched Sage, a business and lifestyle magazine. The launch was the culmination of several months of hard work, pounding the streets and fervent prayers asking God for a miracle. He delivered several and Sage was born.  It’s a whole new ball game for me and I am literally learning as I go.  Did I mention that I’m also a columnist in the periodical? 🙂

For those who know me well, this is nothing short of a transformation. I am the kind of person who used to plan every single thing down to the last detail way in advance – reluctant to leave anything to chance or faith. The last few months I have basically operated on bucket loads of faith and winging it. The best part for me has been learning how to have a completely open mind and literally anticipate anything.  Nothing fazes me now because I know even if I have absolutely no clue, I will just figure it out and enjoy learning something new in the process.

Since my blog is all about inspiring people ( 🙂 hoping this is what it actually does), here are my snippets of inspiration.  Stop overthinking things and just do them. The worst thing that can happen is that it won’t work out – so just ask yourself what you would do if you fell flat on your face. Once you have the answer then go ahead. The only way to really know if you want something is to just do it. Only then will you know how badly you wanted it. If you are walking around living your life for other people – showing them how “wonderful” your life is when in reality you are shattered inside and barely hanging on, just stop. No one cares, not the people who matter anyway.  You need to be your true authentic self and make no apologies for it. If you have no clue how to find your authentic self, then just start by asking yourself who you really are; when everyone and everything is taken away, who remains? That’s you. It might not be impressive to start with, but with some effort you can be just about anything you want to be. The reality is that you are the only person standing in the way of your destiny.

To quote Steve Harvey, “You cannot just exist in this life. You have got to try to live. If you are waking up thinking there has got to be more to your life than there is, man believe that it is. But to get to that life, you’re gonna have to jump.” (In case you have been living under a rock and have never listened to this now famous clip, here you go.)

20 thoughts on “To New Beginnings…”